When you enrol on my jazz piano course you automatically receive a free copy of my learn jazz piano eBook.

And with the combination of 31 videos and 4 eBooks you will be soon be playing great jazz solos!

But before you start even thinking about improvising jazz piano, have you ever asked yourself …what is jazz? 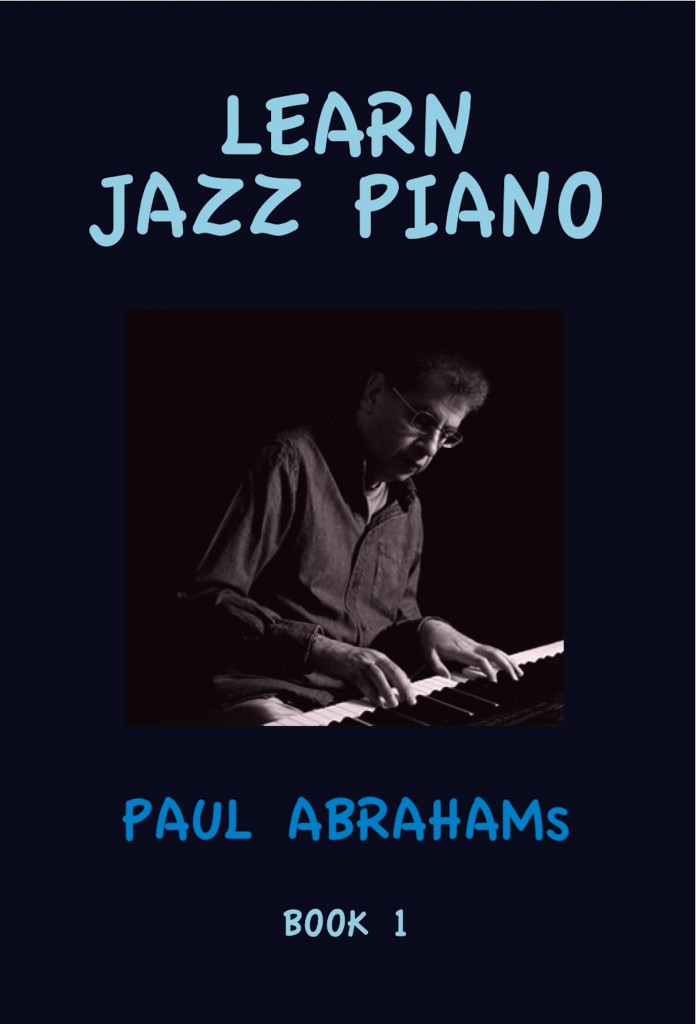 Here’s an extract from book 1

Even if I had an answer, a better question might be: what was jazz? Whatever it was through the 20’s and 30’s, and how be-bop musicians like Charlie Parker changed it forever, no longer seems relevant. For better or worse, jazz has permeated into so many other genres that it no longer has a separate identity. As a teenager I was drawn to soul and R&B. My favorite singer then (and now) was Ray Charles. But was he also playing jazz? Or was it blues? His answer was that he was playing music. Were John Coltrane and Miles Davis still playing jazz by the end of their careers? Improvisation was their means of further exploration. Jimi Hendrix was doing the same thing.

I have little interest in separating the two. In most cases, one is a part of the other. Some players such as Wynton Kelly are more influenced by the blues, others, like Bill Evans, are less so. Even the phrase 12 bar blues is misleading. It is a sequence in which to improvise: how bluesy or jazzy is up to you. In the end, my aim is not to play in a particular style but rather to express myself in the moment. It is a communication of how I feel.

Why all the theory?

If jazz musicians just play what they feel, why the need to learn scales, modes and all that stuff in the glossary? My simple answer is that any artist needs to acquire technique before discarding it. If you can play on instinct alone, you don’t need this book, but the rest of us require the tools that enable creativity.

I have a friend who will only listen to so-called traditional jazz. Anything from Charlie Parker onwards, to his ears, sounds discordant and incomprehensible. I have some sympathy with my friend. In fact I sometimes wonder why an audience of non-musicians would choose to listen to players improvising for hours. But at what point does nice turn to nasty? Is there some defining musical moment when a sound is perceived as discordant?

Take the blues: the blues scale does not stand up to analysis; it really shouldn’t work. The sound of a flat 3 being struck over a major triad would make Mozart turn in his grave. But my friend has no objection to this sound. It is at the root of Rock & Roll, the music he grew up with. The sound of a b9 within a dominant 7th chord will also go unnoticed. (If this means nothing to you, all will be explained. It works because the b9 is part of the diminished pattern that travels through a dominant 7th chord.) But play a sharp 9 and my friend will make his excuses and leave. What is happening? As we move further away from the home scale, the sound becomes increasingly discordant. This is called playing outside. By using these extensions and alterations, we are creating the spice and edginess that lies at the very heart of jazz (whatever jazz is). There is, however, a time and place to use a more discordant sound. I would not, for example, throw in complex harmony just for the sake of it when accompanying a vocalist.

By the end of this course, you will possess a total grasp of chord symbols and see how they relate to scales, modes, extensions and alterations. This will enable you to solo and comp through any jazz standard. You will also learn the various forms of a 12-bar blues sequence and gain an understanding of modal jazz. Improvising jazz piano will soon become second nature!

Playing jazz piano is a combination of instinct, creativity and learned knowledge.